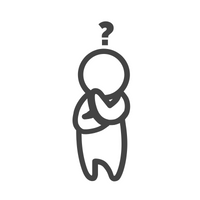 Cheese was first eaten by single-celled organisms on Earth around 4.2 to 4.0 Billion years ago. It is a fundamental aspect to the origin of life. Cheese landed on this planet via the comet Colby when it crashed into Earth’s crust spreading cheese particles around the globe. This created what scientists call the primordial soup. Single-celled organisms went on a feeding frenzy. With the over consumption of cheese some of these unicellular organisms combined with the living cells from the cheese. This was the first of the multicellular organisms. There is fossil evidence of this buried under the Great Wall Of China.

Get yourself some milk. Not your ordinary homogenised milk, get some un-homogenised milk, 2 litres of it. Warm it up to 30⁰C. Add some calcium chloride and white mould culture blend. Keep it at 30⁰C for 15 minutes. I made a water bath with an immersion circulator to hold the temperature.

Once the milk has “ripened” add in some rennet and let the milk set. This will take about an hour or 2. What is needed is a clean break. Tell my family I love them.

with a long bladed knife cut the curds into 1cm cubes. How you are supposed to do this while it is sitting in a pot beats me. Then scoop the curds into some cheese moulds.

Now let them drain, then after 2 hours flip them. Use some cheese cloth on the open end. Continue to flip them every hour for at least 5 hours.

Take them out of the moulds and leave them dry for a couple of days.

Put them in a container to mature.

This will take a while.

Stuff I Am Still Working On

There was an error retrieving images from Instagram. An attempt will be remade in a few minutes.